I don’t think ‘they’ know what they are doing. If we read online we find various pro and anti arguaments and justifications for so-called weather modification – none of them ‘stack-up’ as to being valid. If California has been plagued with this airborne aluminium spraying then why are they suffering such dire drought and recent ie 2017 raging destruction by fire. Powdered aluminium is an incendiary, witness Thermite, the fires there were certainly ‘un-natural’.

Its four months ago I ‘turned on’ to climate change, since then its the priority in my life to become informed on the subject, my previous daily foraging for trump data has dwindled in the face of far more important matters than a retarded man in the White House.

Tuesday 20th Feb 2018 we had bizarre chem trails here at 0800, turning to haze at 0900 and brown grey clouds at 1000 hrs, all on a clear blue sky. Next day we get an impending forecast of snow (the whole thing I reckon is weather front / barometrically related) and today Thursday 22nd Feb 2018 late afternoon ie 5pm we get more chem trails and criss-cross  chem flight paths where planes normally never fly. What is this really all about ???

It is sinister, it is covert as covert as it can be in plain view yet several ppl I speak to register total blank/ zilch! Its as if the sky doesn’t even exist for them. Wow, are we disconnected from nature !!

These chem trails an hour later have in the east formed peculier coloured brown grey clouds. You have to look carefully, notice the vertical stripe and how it is drifting over a quarter width of the frame. 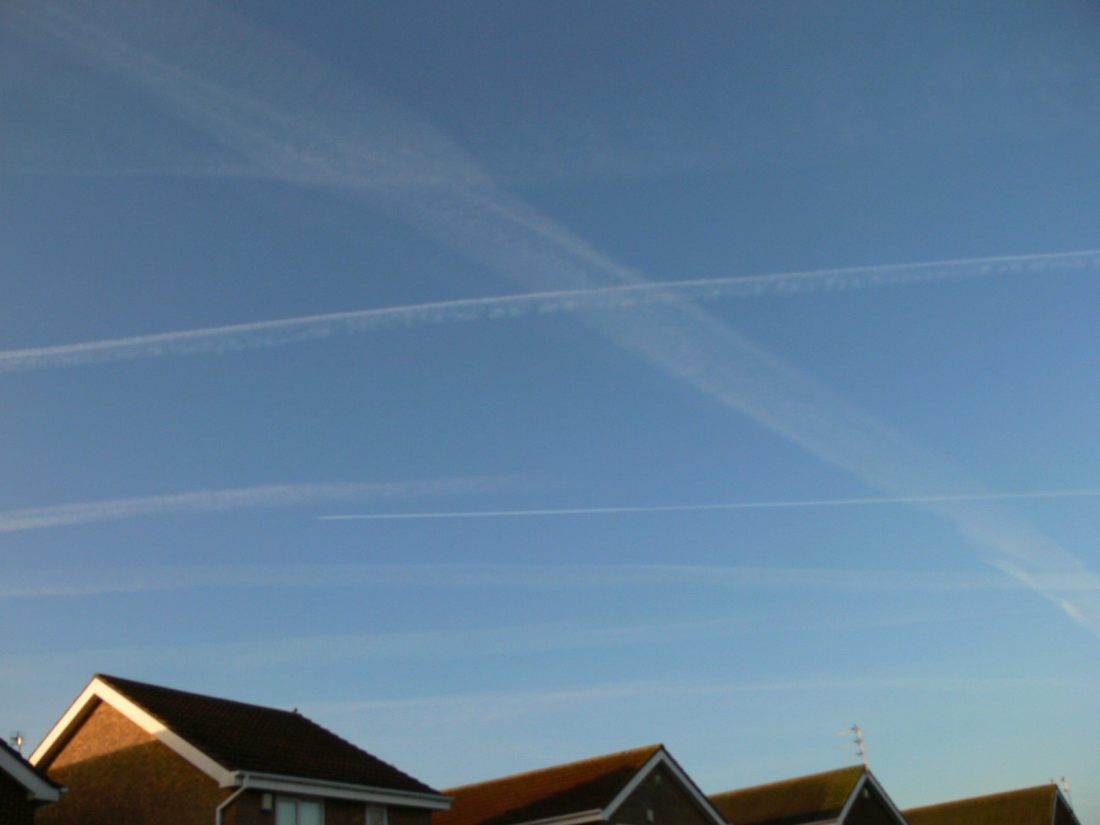 Northern UK chem trails Tuesday 20th Feb 2018 0800 …. these are not natural or ordinary con trails !! Nothing here is a valid and ordinary flight path.  ie seven across and one at an angle to the viewer, note how they disperse and drift to form continuous hazy cover. What happens to solar generation, to agriculture ??

Wake up Britain, we are being screwed !!

Above is Thursday 22nd Feb 2018 1700. Its been a week or two since I last observed such chem trails, now its forecast snow and likewise previously we had snow/ hail, but not much. There ordinarily are never flights in those locations.

The UK population seems to be way way behind in realising this is going on. Its early days for me as yet on this subject of chem trails, but i have been curious inrecent years at what i was seeing in the sky. so the links below i cannot ‘vouch for’ in that as to date I’m not well enough read on the subject. But why is this being done, chem trails we are told incorporate aluminium and barium. Many think its linked to the loss of insect populations ie 75% down on forty years. Chem trails block out the sun and render less useful solar generation, never mind hindering agriculture. All the way its bafflement as to common sense !