From what I see it looks to be plant species of hebe and hypericum that look unwell in this garden, I’m suspecting aluminium from chemtrails. Organic growers around the world state alumium as destroying a full third of yield.  Its thought such chemtrail aluminium is responsible for bee decline. At night theres no moths to speak of, for the first or second year the kitchen window can be left open after dark and NOTHING flies though the window.

Heres a blog that provides sufficient reading for hours  ….

Read how bees ‘dance’ and communicate to their fellow hive members  … https://en.wikipedia.org/wiki/Waggle_dance

Better I go get a pic to help my listing … 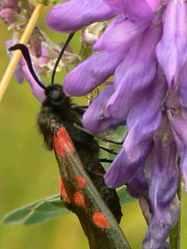 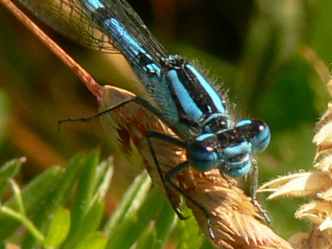 All pics above are mine circa 2011 and taken down at a nearby waste heap that has (so far, permanent) shallow ponds, my wifes ashes are scattered at the outfall. Originally coal mining waste, then used as a landfill site. It was capped with pit waste and planted with mixed and conifer say 1980. I’ve introduced two dozen native north british species since at least twenty years ago and now theres a thousand common spotted orchids every June and July, likewise all my honeysuckle cuttings have taken and provide habitat for small songbirds and help for any remaining moths.  Round leaved orchid also has established, say half a dozen so far, seed collected from a motorway services eighty miles away. Latest success is avens successfully established and round leaved mint from upcountry ‘surviving’ so far. The bank of cowslips this year was fabulous, likewise each years succession of umbellifers though common is always enjoyable. Yellow flag iris is abundant at the ponds, all due to me, ditto three patches I sowed and visible as ppl drive south over the bridge a mile away.

Also above is the Burnett Moth … but I haven’t seen any this year!

Also … WHERE ARE GARDEN FLOWERS ???

Increasingly ppl with scant knowledge decide to lay down gravel and block paving where really they should be growing shrubs and flowers. My garden front and back is advanced in content and variety that other gardens look the work of backward lazy people. Yet my own patch takes very little work nowadays. The problem with this increasing sterility is the move to lazier lifestyles, increasingly becoming ‘ideal’ consumers, grazing on tv and convenience food. People cannot garden if they have neither a minds eye data base of what they are looking at or what they should be aiming for, as if mere five year olds. Does anyone ask me how I do what I do …. I was going to say ‘no-one’ but its no more than two people.