I’m like a little terrier, I won’t let go.

Whoops new computer (pre-owned £70 delivered)…  with windows 10, ads are flying around all over and its plain its ‘tailored content’, but why has this wordpress interface / page lost its spelling check facility / icon?  Never mind, much quicker and blessedly near silent compared to my previous ten year m/c (itself £90 all in).

Started at lunchtime, very broad haze, all days now exhibit some aluminized reaction in the sky, some days more obvious than others; often its clear until 0900 then the clear’ish sky is lost and anything could be sprayed up there as per Tuesday 30th April when as the sky cleared a little at teatime chemtrails / geoengineering was most obvious.  For instance a few days later Wed 1st May it is a thick blanket above as was the day previous, both days being badly let down by NASA worldview, it is just not picking up the chemtrails I can see above in my ‘cone of view’. Below say top three pics are lunchtime and haze of a heavy chemtrail streaking across the sky and most obviously man-made. Middle right at sunset a chemtrail in same direction and manner of one observed a few weeks ago in exactly the same place, however also a say mile long burst of chemtrail likewise same aspect and location a similar time interval ago. Theres an airport nearby. 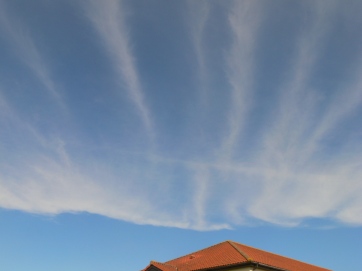 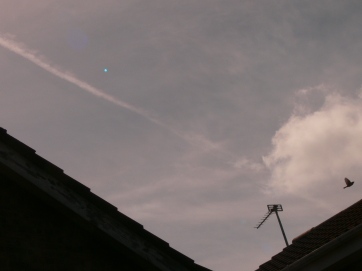 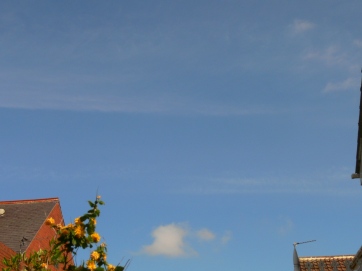 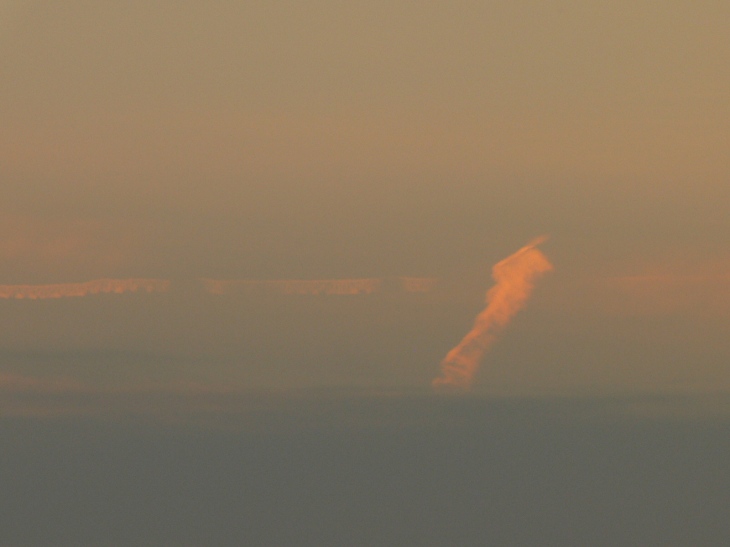 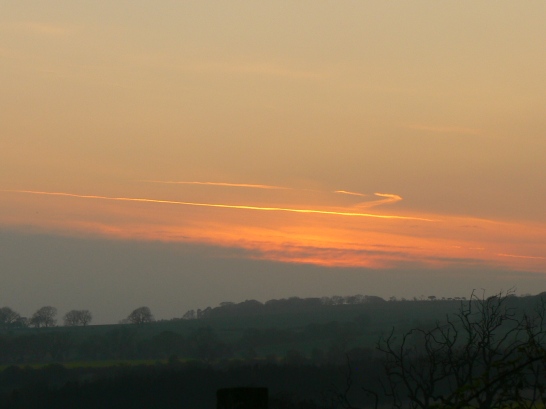 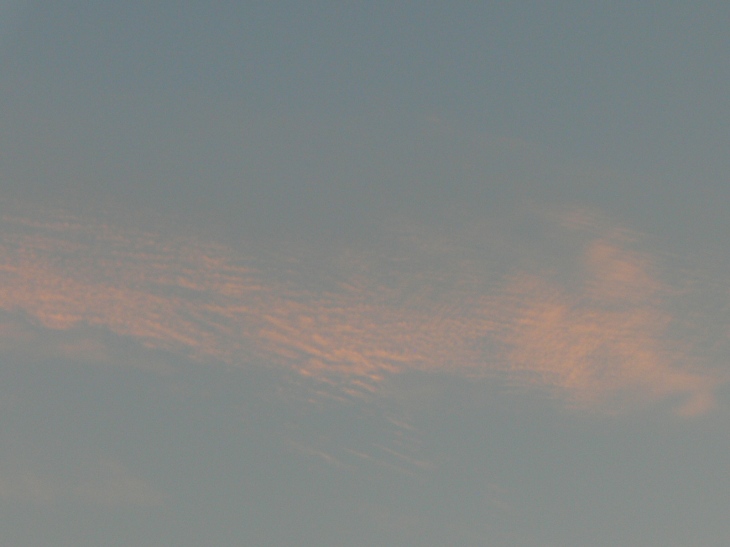 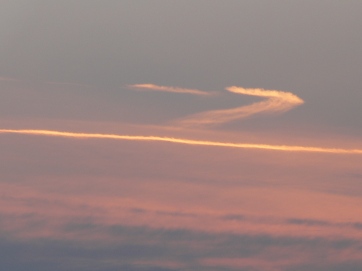 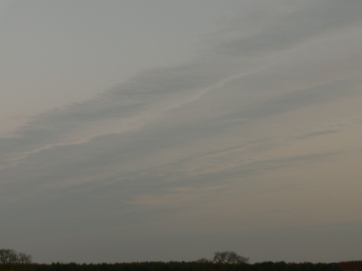 Bottom left is interesting in that it is an expanded chemtrail, one of the two I guess mile long burst which were compact and unhazed half an hour earlier as I drove over. Theres often chemtrail in that exact same place. Above are all lunchtime to sunset on Sunday 28 April 2019 north east England.

Quite horrible chemtrails are visible later afternoon once the above aluminized fug has thinned a little. 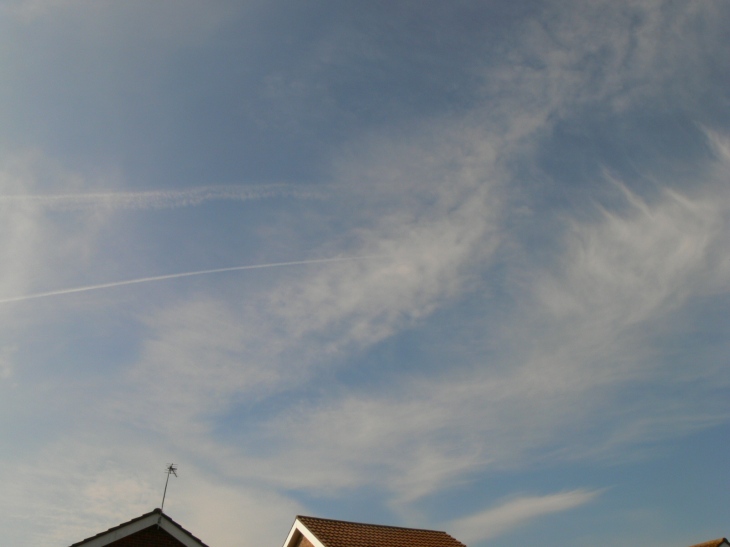 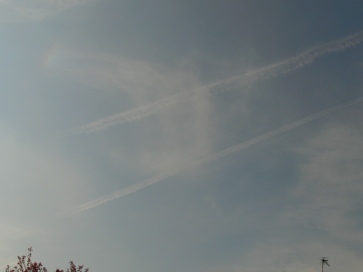 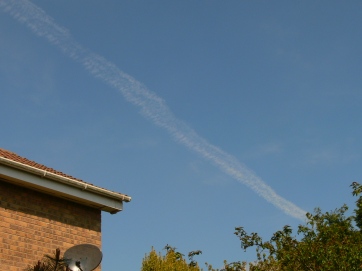 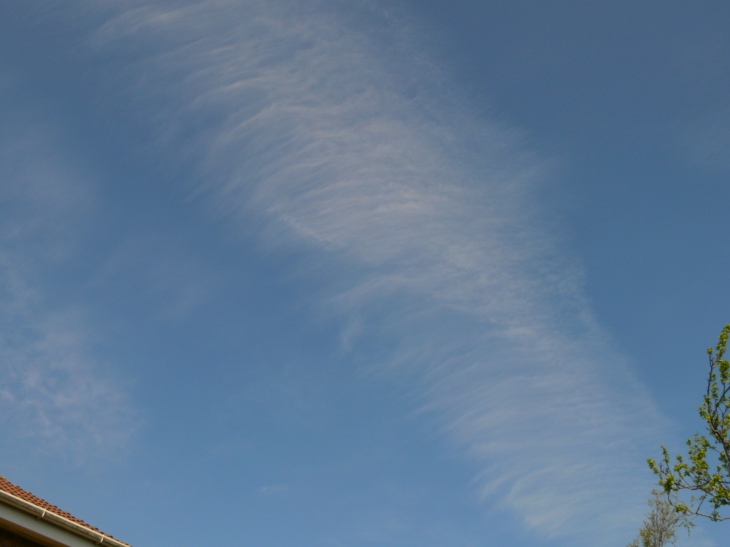 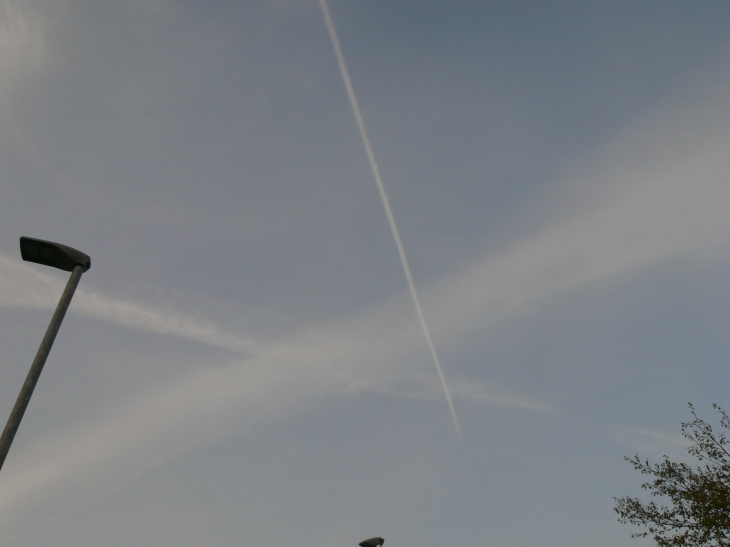 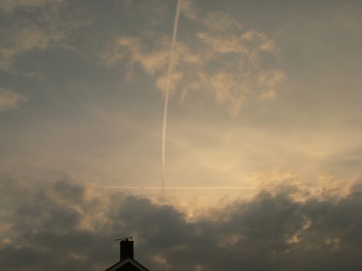 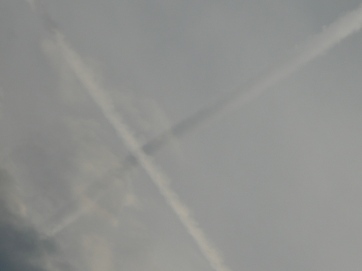 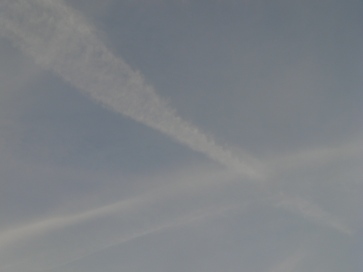 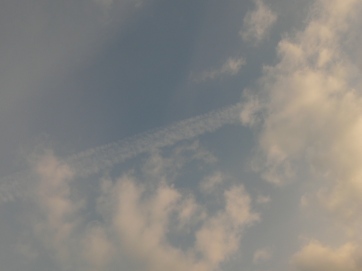 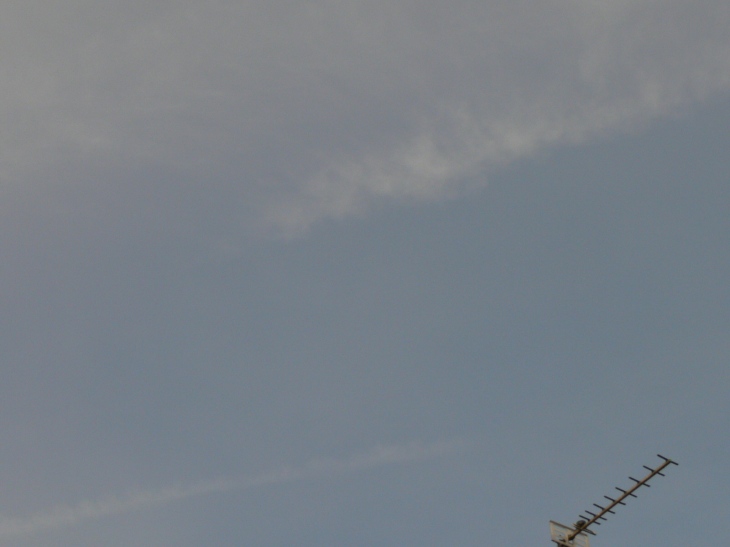 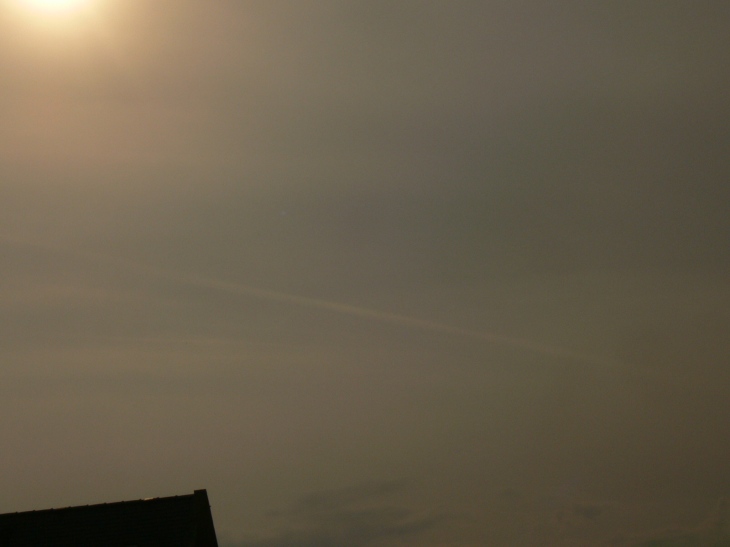 These are not a natural cloud and they are not a condensation trail. What I would like is for at least a few more people to stop sucking on the pap of general media and wake up to something sadly amiss in the skies above. Think of caddisfly loss, life in streams lakes rivers going absent, bee decline, likewise moth decline, massive ramp-up of autism, ‘free aluminium’ is a major culprit. The finger points at chemtrail / geoengineering.

Whoops tell a lie, heres NASA worldview below for today Wed 1st May whist today the sky above is an impenetrable fug which could well be manmade, until 0900 as usual it was a clearer brighter sky; I’ve been up and about since 04:40 so not much gets past me ! However NASA worldview aids my pursuit and displays plenty of chemtrails, first snapshot is chemtrail for East Anglia, London and chemtrails south coast UK. Note I post this twice and the changes in information conveyed.

Note above the many many chemtrails across the Channel bottom of snapshot. That is a very nasty collection of chemtrail / geoengineering. Oops eight hours later the same snapshot yields far more easily read chemtrail geoengineering shenanigans …

Its too early to see any more from worldview for 1 May (late lunchtime) so lets see if theres anything for the day previous ie Tuesday 30th April, 2019, yes some chemtrail Irish Sea, Isle of Man, however the big spectacle is chemtrails over Bay of Biscay and northern Spain … as below.

OMG its obscene, key areas chemtrail geoengineering English Channel, Biscay, Irish Sea .. click back over the days on worldview and its much more apparent the amount of chemtrail / geoengineering that is being delivered!

Below again Wed 1st May 2019 we can see chemtrails for Crete, Karpathos and Rhodes.

To sum up Wed …. later on early evening to the west yes a few random chemtrails.

Next day Thursday 2nd May 2019 aluminized aspect to the sky, which its bound to be considering its in the minority for a day not to see chemtrail geoengineering here in  north east England, say one third artificial cloud, at 07:30 we start to see obvious chemtrail.

Re getting most people to realise and accept chemtrail activity … what will happen, my prediction can be illustrated as a ‘turning of the mere’ when in a short space of time there will be a near total reversal of previous thinking, as when a lake turns over from hot to cold layers … when each day it will be so obvious it cannot be ignored and ‘general media’ will have given the nod for the populace to accept a modified view.