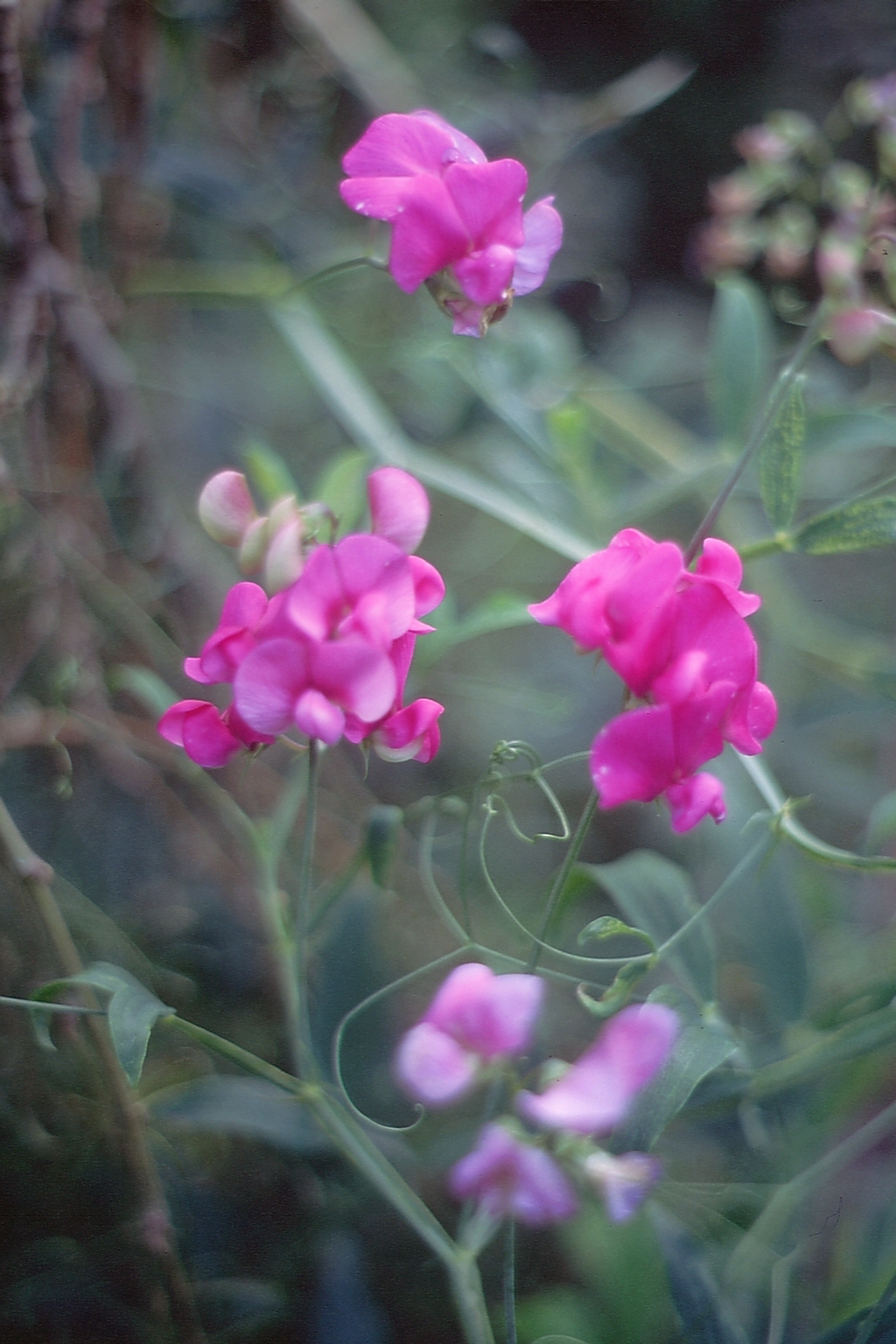 He’s deep in good countryside too, but admittedly farmed the modern way and mostly set to production. An environment in some areas of the UK which can be most sterile for buzzing pollen-collecting insects. He has lots of valerian, dianthus and things that should attract bees, but to what extent do local farmers spray?

Bees were hard to find earlier in the year, these last few days I get lots so maybe other locations are not providing sufficient pollen? Moths are certainly in a big decline, next to nothing enters the open kitchen window after dark, whereas thirty years ago and less they were actually a ‘nuisance’. Its thought bees are suffering from the aluminium from chemtrails, likewise aquatic life in streams and rivers.

Yet here this morning fifteen miles from him in my own garden the place is thankfully  a-buzz with buzzing things (and they ain’t mobile phones)  … various forms of bee, loving what I have to offer in this garden. Luckily a small colony of bees have been occupying one of the birdboxes on my rear house wall for maybe a year; last year I was so lucky to see the queen fly-in her flightless (workers?) one by one carrying them  ‘piggyback’ from the perennial border seven yards away.

When I look around this small estate I can see neighbours are challenged at reaching a better level of abundance for bees and suchlike. Elsewhere as I drive around the dreaded gravel and block paving slowly but surely creeps onto what were once flower bearing gardens. Does it not dawn on them “What the flip is there here for bees” ?

Even in a small bed at my front lawn which catches the sun, say five square yards …

Hebe white form 2-1/2 ft domed shrub as usual the main attraction. Easy from cuttings which I took deliberately as it is so attractive to bees.

Lambs tongue also v good for bees, its dry but this is thriving.

Roses at their best (late this year).

What could be done and isn’t is the staggered cutting of municipal areas so that clover can be allowed to flower, daisies ditto, smaller flying things love them. This is an obvious and simple boost for bees yet seemingly beyond the Authorities to embrace such a boon. Particularly appropriate in this dry year as a taller leafier growth might well cope with drought better. Short cropped and hence non-fflowering clover is no help to anyone or anything.

How come I can do this sort of  ‘thinking’  yet all around me theres little of it ?? 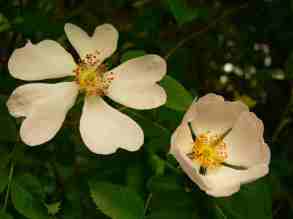 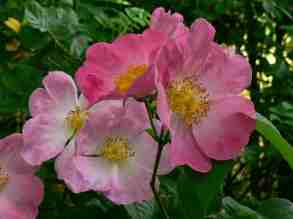 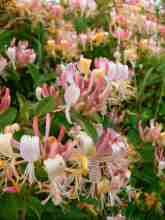 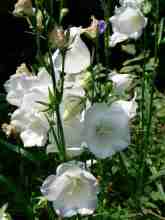 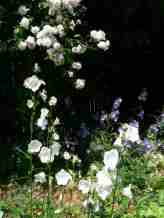 Sometimes I think I should produce a booklet of how to build a garden like mine. It would save people time and money, put my experience directly into their hands. Put into permanent form something which will die with me.

For books I suggest the 3 volume ‘Readers Digest’ from the 1960’s, beautiful in every way. Looking quickly at my shelves, favourites are and you will enjoy these if you respond to the written word as I do and appreciate writers of breadth, sensitivity and insight.

And a most delightful treatment of various gardens developed after war had ravaged  London, a little quirky to our so-called modern eyes but tremendously attractive and worthwhile … Lady Allen and Susan Jellicoe ‘The New Small Garden’ pub by The Architectural Press. Theres a modern re-work of this title as a tribute to the original, equally a worthwhile purchase.

Its ‘funny’ about garden writers, the latest is always the one we see yet those that have passed away were in their day equally good but are now obscured, harder to find and to perhaps to such an extent as if they have no value. This is shameful.  A case in point being ‘Flowers of the Field’ by Rev C A Johns, a suprising, touching and co-incidental quote that was read at the gathering for my aunties funeral a few years ago. A favourite book of mine, well illustrating how much we have lost in the amount of information seemed appropriate.

So you see, for a small spend one could say far less than the expense of a mid priced meal out for two,  you can educate yourself, enter the mind and outlook of another person of accomplishment and benefit from their efforts. Its all pre-digital and we have lost something in the meantime. Theres a line from a poem that I think is valuable … “I want to be as our fathers were in the days before we were born.” Indeed, each generation accumulates practice, insight, developed ability but often it is cast away.

Here below is a miscellany from earlier years …. around 2013 in my own garden. As with most things here it is seed raised or cuttings from other gardens I’ve worked in. Seed collecting now being a fun activity through summer. Likewise seed distribution in areas other than my own garden, supermarket waste area, a couple of public parks, a layby (to think of my first beagle on his last outing thirteen years ago) also a reclaimed landfill site. Nothing is introduced to well set and established ‘real countryside’.  Oh yes and as you drive south over the W Bridge there are three distinct groups of yellow flag iris early June, all my own handiwork, scattered say ten years ago. 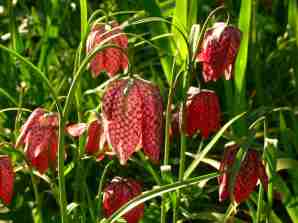 fritillaris meleagris in my garden 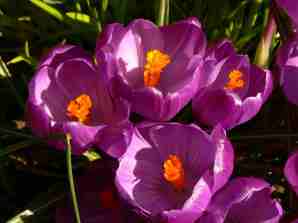 spring crocus in my garden 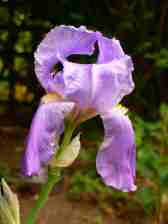 a good iris from Cecil talor forty years ago 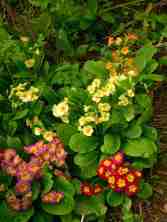 Below are wilder areas beyond my own garden that having browsed B file a few minutes ago cannot help but want to add to this page. Something like 6k images online and half a million words built as a form of ‘electronic headstone’ and at its peak I was taking / collecting 30k items a year inc mvi.  Now theres little photography if any at all, though might have a go at pinhole; my wife a quiet woman provided a framework for me to pursue such things, this is the third summer without her, life changes. It also means I cook and launder and it all takes time, happily enough! 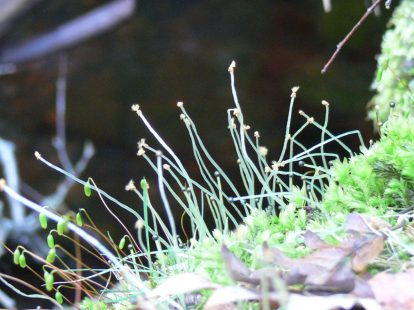 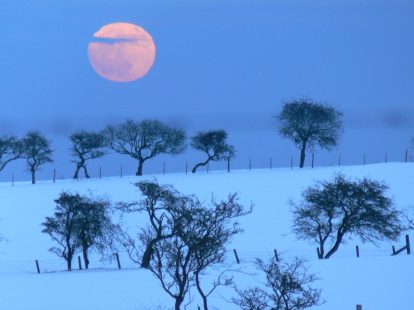 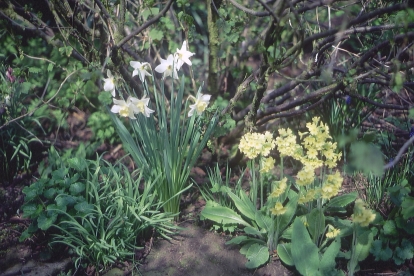 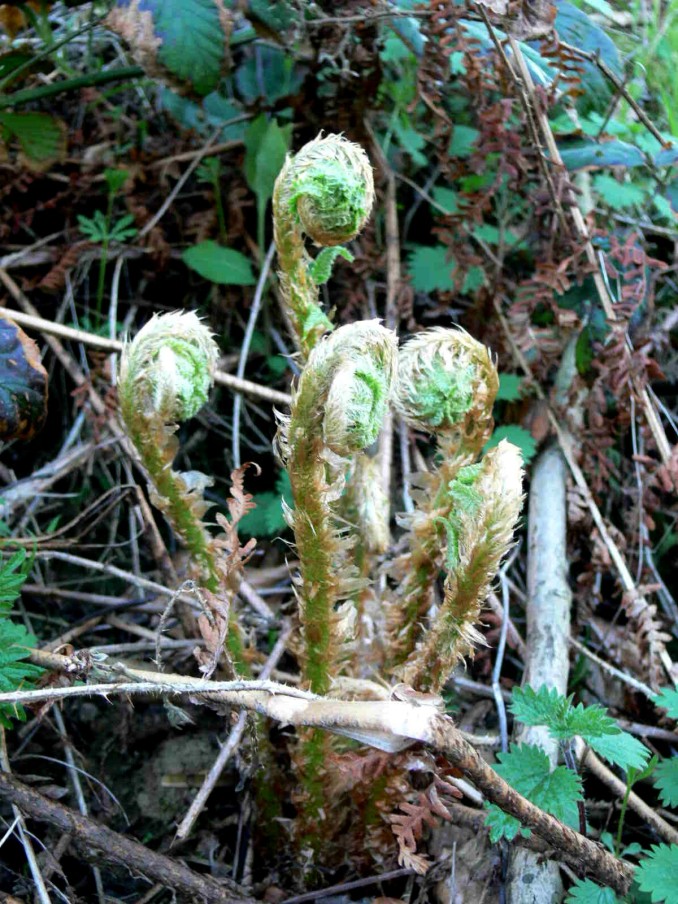 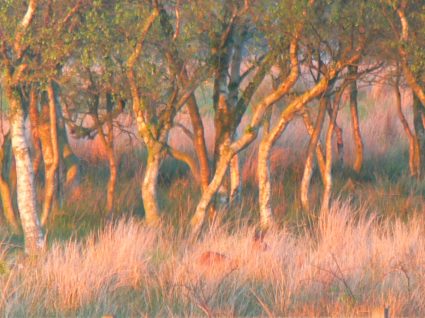 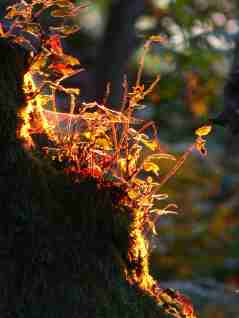 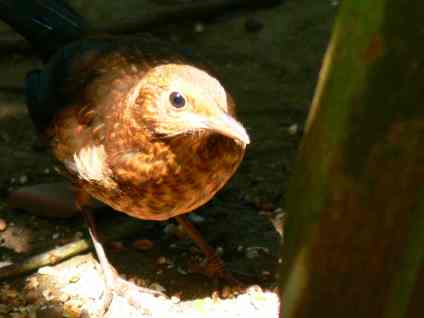 I collected a couple of hundred of these pics and had them bound into a hardback book (easy low cost resources available online) so that my auntie well into her nineties could see my life and what interests me. She loved it, meaning so much more than words could ever convey; in a way it got her out of the house for an hour, she had long since ceased to watch tv.